With over a decade of experience, Joe has represented dozens of service members before courts-martial and administrative separation boards.

Joe has defended servicemembers in some of the toughest military cases, including high visibility cases arising out of allegations of "war crimes" during the Iraq wars such as US v. Jodka and US v. Grayson. Like a true Marine, Joe can take your case in "any clime and place" regardless of where you are.

According to military law, you have a right to hire a civilian lawyer in addition to your detailed (appointed) military counsel(s).

A winner with a proven record of success... 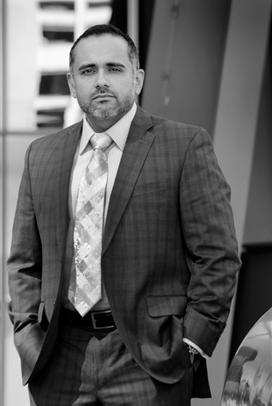 If your military career is on the line, hire a proven winner.

Joseph "Joe" Casas is one of the best military defense attorneys with a trial-hardened, proven record of success.  He is a bilingual attorney with a diverse background and experience founded upon his service as an infantryman in the U.S. Marine Corps and a J.A.G. officer in the U.S. Navy.

As a military prosecutor, Joe learned how to win cases by prosecuting the most severe military crimes.  After he left military service, he honed his litigation skills in and out of the courtroom, both in the civilian and military sectors.  Since he left the military, Joe has always represented servicemembers in one capacity or another - and won.​

Joe attributes his success in military matters to his keen understanding of military culture, tradition, and military law.  To Joe, his clients are not just a "number" or a "statistic".  Most of his clients have become close friends because he doesn't just believe in their case, he believes in their person and fights for their careers,  lives, and families.   Because Joe believes in his clients "tooth and nail", more often than not, justice prevails in favor of his clients.